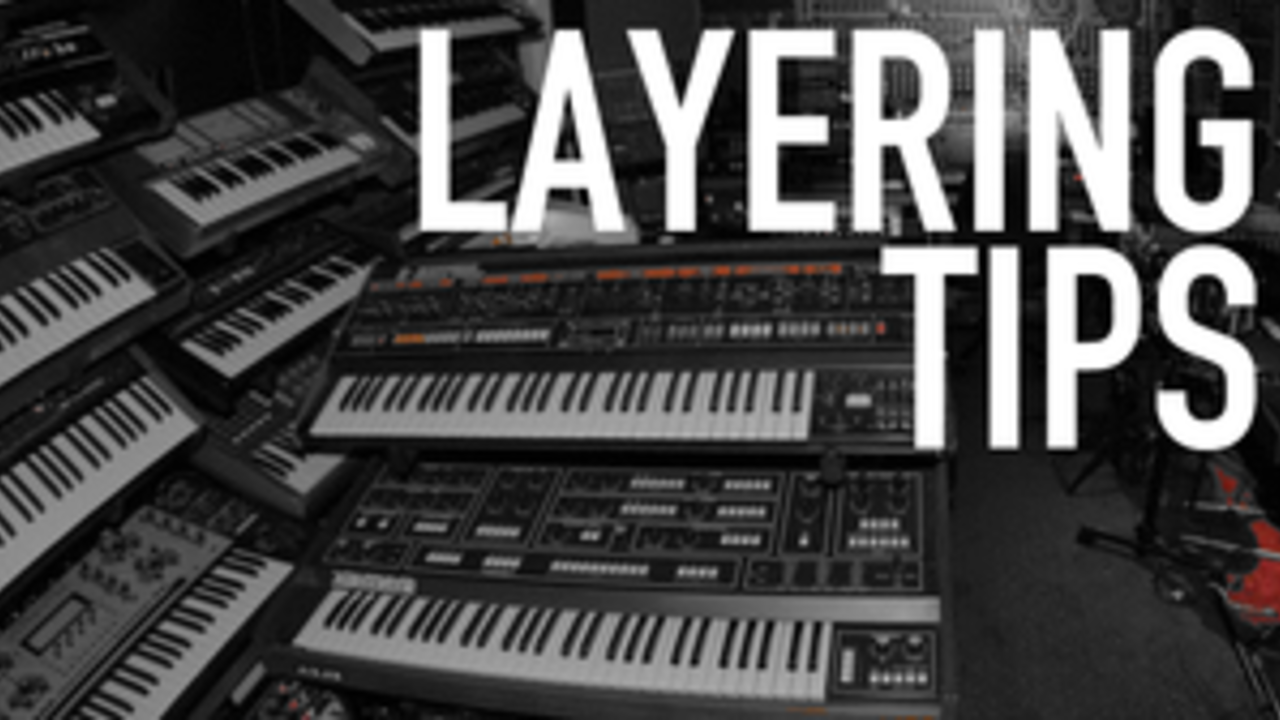 Layering is pretty much the opposite of our recent subject Separation.

In this case, you are trying to combine sounds and make them feel like they all come from the one instrument (most of the time). However, just like separation, you also don’t want the sounds to fight with each other.

I generally use a combination of Instruments, Transposing, EQ, Overdrive, Compression, Stereo processing, and space. Here’s how.

Firstly, the choice of instrument is fundamental. It might even be the most crucial part of it.

When I’m about to layer, I’ll usually already have my core sound. e.g., a Synth. It probably sounds mostly the way I want, like 80% perfect, but is likely missing something.

I will rarely layer that synth, with another sound from the same synth. I try to use different ones or even better, use samplers.

The fact that the sounds are coming from different sources naturally helps them to sit well right from the start. Also, it’s a good excuse to remind you to try out all your synths.

HOT TIP: Layering Synths with samplers often gets a great result. Especially if the sample is not made of a synth. e.g., Load a vocal tone into Simpler (or similar) and use it as a layer for massive.

Usually, my original sound feels like it’s missing a layer below it, and/or above it.

If I add something above I generally pitch the midi up an octave (or more), and if I want something below, I pitch that new midi down an octave.

You want to make sure the root note is not in the same frequency as otherwise there will be a big build up of energy just in that one spot. Most of the time anyway. Sometimes they can work great in the same octave, but be careful to check.

I’ll mostly be cutting in this case. If my original sound sits in the mid-range, and I added a layer below it. I’ll likely cut some mids out of the lower layer to stop them fighting. Vice versa for the high layers.

Next, I’ll look at the stereo field.

If I have two sounds in the same octave/note. I might pan one a bit left and one a bit right to a least give some stereo breathing room. This will make our sound feel larger and broader too.

Alternatively, I might layer a very stereo sound with a mono sound. Usually, I make the lower pitch sound, the more mono one. Then I'll use a stereo sound about that, and maybe remove the mono/middle out of it a bit with my mid/side plugin from my Ableton pack.

This can also be good for subtly adding effects to the sides without adding them to the middle.

I’ll group these layers and run them through some plugins to help glue them together.

My first choice would be a subtle overdrive. Especially analog modeled. It can do exciting things when fed layers.

Then maybe a little colorful compression. Again, go for analog modeled here for the harmonics. Then perhaps a touch of multi-band compression. Like an OTT on a low setting.

You could top this all off with a subtle verb. It will put all the sounds in the same room/space and make them feel more combined yet again.

You're just one song away...

p.s. Want more details on how to layer right and much more? Check out my fully featured course The Road To Main Stage